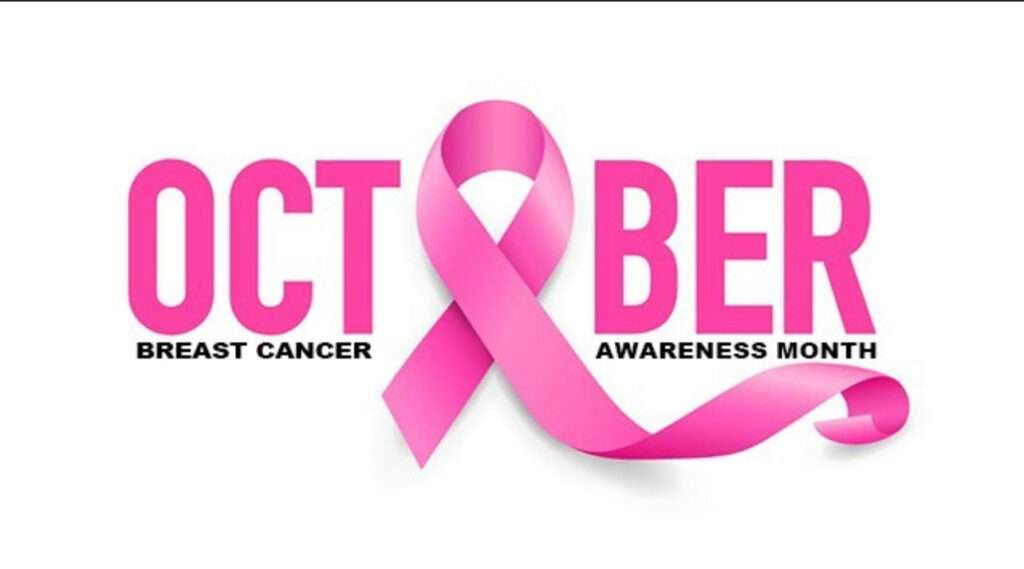 When I was growing up October was all about Halloween. Costumes, decorations, trick or treating! Visiting the local pumpkin patch to pick the family front door pumpkin was so anticipated! We walked through the field where they were arranged in rows and searched for just the right size, just the right shape. This was serious stuff! When we got it home, we gathered ’round the kitchen table with “put your eye out” weaponry, and mom tackled the “family” pumpkin and we either carved our mini ones or just watched in awe as the top was severed and “yucky stuff” got pulled out until it was properly hollowed.

Mom would try drawing the face she wanted on the pumpkin first. That never EXACTLY worked in her favor because the happy pumpkin she dreamt of carving ended up looking like the BRIDE OF CHUCKY. But ah well, it was Halloween so scary was good.

These days it’s scarier to me that Halloween has become virtually overshadowed by breast cancer. When we published our magazines, we dedicated 40+ pages to breast cancer each year and crafted a pink pumpkin cover to meld the two.
And while I love my Halloween decorations, and the scary music I play as kids come up to the door, October has now become the symbolic “wake up call” to those who employ the ostrich syndrome.

What I learned in 13+ years writing about breast cancer could fill a book actually, but the condensed version? Three words: GO GET CHECKED.

I have to confess, my true personality is to put anything I don’t want to think or worry about out of mind. I just ignore it. Like mentally putting it in a little box and putting that box UP HIGH on a shelf, you still know it’s there but don’t have to actually address it. That’s fine if what you’re pushing away is not life threatening. Procrastinating cleaning out the garage or pantry won’t kill you. Neglecting a health issue might. 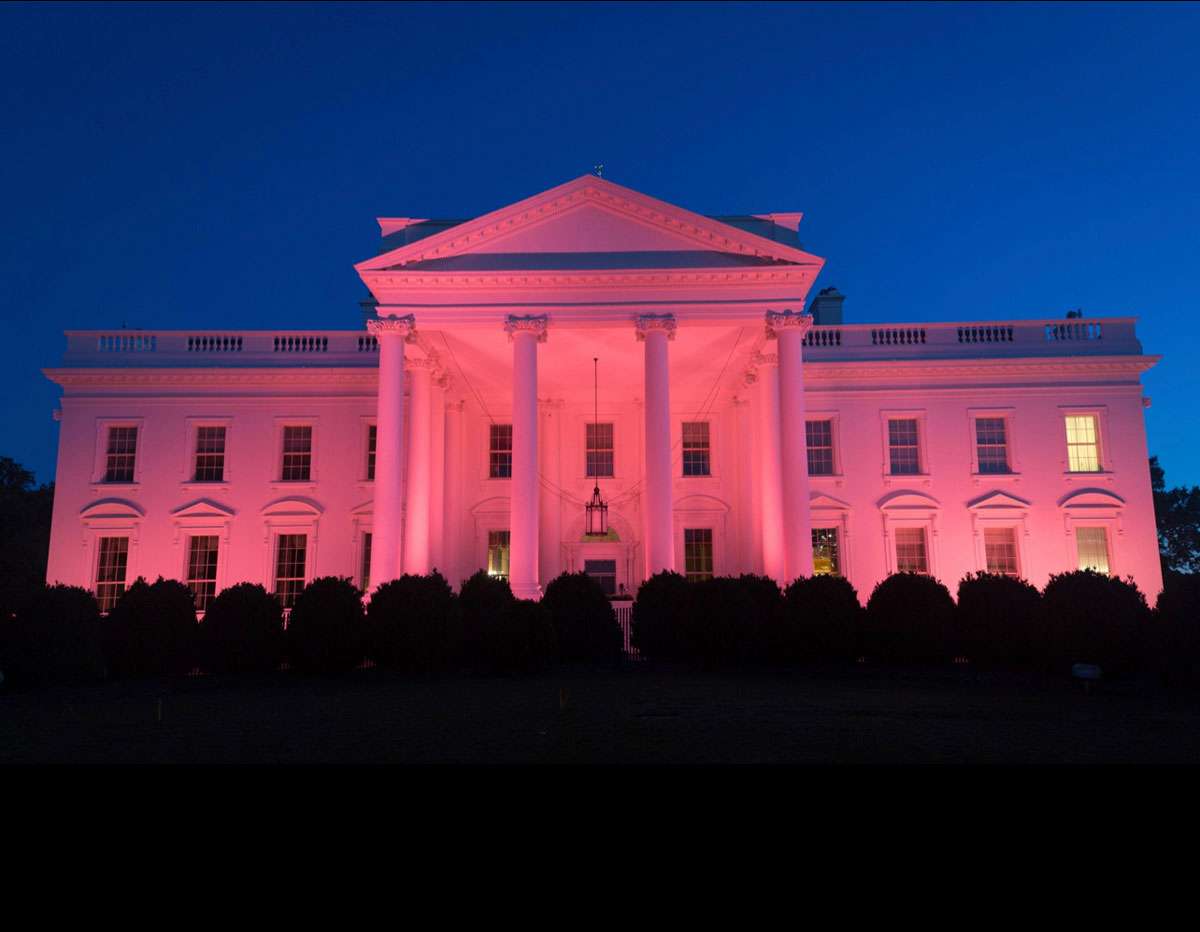 That was the loud and clear message the hundreds— yes HUNDREDS of survivors, and those not as lucky taught me. Stick your head in the sand if you can’t fit into your jeans and are wanting an ice cream cone. Neglect a teeny tiny lump that could have been rectified are TWO VERY different things.

And while the gist of this article is breast cancer, it’s really stellar advice in general. Not finding the time; thinking you are too busy, or have no present issues CAN AND WILL KILL YOU.

The word CANCER terrifies people, and rightly so, but if found early (HEAR THIS) the MAJORITY OF CANCERS FOUND AND TREATED EARLY ARE CURABLE! Neglect kills you. Procrastination kills you. FEAR kills you. Getting a yearly mammogram won’t. It just could save your life.

In the HUNDREDS of interviews my staff and I conducted, the ONLY lament most had was: why did I wait so long? If I hadn’t I could have avoided so much anguish, sickening treatments, and regret.

In October, 1985, National Breast Cancer Awareness Month became a “thing.” It started as a partnership between the American Cancer Society and the pharmaceutical division of Imperial Chemical Industries, now part of Astra Zeneca, producer of several anti-breast cancer drugs. The aim was simple and clear: promote mammography as the most effective weapon in the fight against breast cancer. 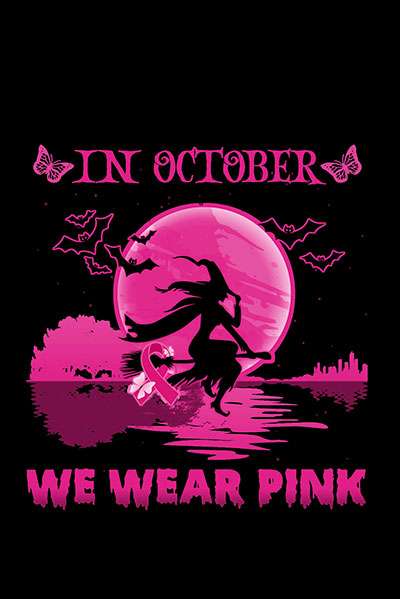 Then in 1993 Evelyn Lauder, Senior Corporate Vice President of the Estée Lauder Companies founded the Breast Cancer Research Foundation. THAT’S where the pink ribbon came from. Becoming the iconic symbol it is today. (Though this was not the first time a ribbon was used to symbolize breast cancer: a 68-year-old California woman named Charlotte Haley, whose sister, daughter, and granddaughter had breast cancer, had previously distributed peach-color ribbons to call attention to what she perceived as inadequate funding for research. Then in the fall of 1991, the Susan G. Komen Foundation handed out pink ribbons to participants in its New York City race for breast cancer survivors.)

From that moment on, the orange pumpkin, long the iconic symbol of all things Halloween had to share the “stage” with all things PINK in October. But it’s the nudge many women need.

If you have private insurance, pick up the phone and call your gyno for a full appointment INCLUDING mammogram. What does putting it off accomplish? It’s a game of Russian Roulette with your health. And look at it this way. Years ago I pushed my neighbor into getting screened and with no history of any breast cancer or risk factors they caught a weeny little pin prick of a tumor in STAGE zero. It was easily removed, no tissue or lymph glands were involved and for the 20 or so years later, she is so thoroughly monitored and checked every year. Waiting causes harm. Causes unnecessary horror and disruption, not to mention the toll on the rest of your body.

I go to the newer DCA diagnostic center in west BOCA just north of Hillsboro. I make the appointment. You call that you are there (thank you Covid); they tell you to come in. 7 minutes tops in waiting room and they take you in. And yes it makes you a tad vulnerable. A perfect stranger who didn’t buy you either jewelry OR a meal fondles your boobs one at a time, schmooshing them on a plate; tells you to hold your breath while she runs away from the machine, then does the exact thing to the other boob and not 20 minutes later you’re back in your car WITH THE PEACE OF MIND that the best tool science had for diagnosing breast cancer even in situ (stage one) is done! And to those who whine that it hurts, buck up. IT DOES NOT. It’s an unnatural position, yes. It’s a bit uncomfortable with your arm around a machine you just met, and your boob squished like a pancake. It’s 15 SECONDS maybe each position. A minute or two of being maybe uncomfortable for a YEAR’S WORTH OF CALM KNOWING YOU ARE OK? Kinda priceless.

There are so many organizations that assist women who do not have insurance. Eligible women can receive FREE breast and cervical cancer screenings at many locations in Broward, and Palm Beach counties through the Florida Breast and Cervical Cancer Early Detection Program. For info or to schedule an appointment. Call 954.762.3649.

Last year Broward Health performed 4,200 mammograms during the month of October. This year they are offering the special self-pay rate of $115. Most insurances accepted. Walk-ins are welcome. For appointments, call 954.759.7500 or visit www.browardhealth.org/mammo. Mammograms are done at the Women’s Diagnostic & Wellness Center at Broward Health Coral Springs at 2901 Coral Hills Drive, 2nd floor.

So while on no color chart ever does pink go with orange, in the month of October they gratefully coexist. If you do just one thing for yourself, just one thing for those who love you and would not want to navigate life without you-Yup, those same three words: GO GET CHECKED. It’s an hour out of your year. If you don’t you may not have years to take an hour from.

-About 1 in 8 U.S. women (about 13%) will develop invasive breast cancer over the course of her lifetime.

-About 2,710 new cases of invasive breast cancer are expected to be diagnosed in men in 2022. A man’s lifetime risk of breast cancer is about 1 in 833.

-About 43,250 women in the U.S. are expected to die in 2022 from breast cancer. Death rates have been steady in women under 50 since 2007, but have continued to drop in women over 50. The overall death rate from breast cancer decreased by 1% per year from 2013 to 2018. These decreases are thought to be the result of treatment advances and earlier detection through screening.

-For women in the U.S., breast cancer death rates are higher than those for any other cancer, besides lung cancer.

-As of January 2022, there are more than 3.8 million women with a history of breast cancer in the U.S. This includes women currently being treated and women who have finished treatment.

-Breast cancer became the most common cancer globally as of 2021, accounting for 12% of all new annual cancer cases worldwide, according to the World Health Organization.

-Breast cancer incidence rates in the U.S. began decreasing in the year 2000, after increasing for the previous two decades. They dropped by 7% from 2002 to 2003 alone. One theory is that this decrease was partially due to the reduced use of hormone replacement therapy (HRT) by women after the results of a large study called the Women’s Health Initiative were published in 2002. These results suggested a connection between HRT and increased breast cancer risk. In recent years, incidence rates have increased slightly by 0.5% per year.

About 85% of breast cancers occur in women who have no family history of breast cancer. These occur due to genetic mutations that happen as a result of the aging process and life in general, rather than inherited mutations.
The most significant risk factors for breast cancer are sex (being a woman) and age (growing older).

This information was provided by Breastcancer.org.

Mindi Rudan is a former publisher, writer, sometime event planner and current passionate wreath maker. She lives with her husband Hank and their “zoo” of rescues in Parkland. Her wreaths, critters and baking can be found on FB.