Seeing green? Everyone is just a wee bit Irish on St. Patrick’s Day

Seeing green? Everyone is just a wee bit Irish on St. Patrick’s Day

No matter your ethnicity or cultural connections when March 17 looms on our collective calendar many of us do something fun to mark St. Patrick’s Day.

Whether you hang a whimsical leprechaun, green decorations, make a “traditional” (ha! See below!) corned beef and cabbage meal, drink more than your fair share of green beer, or bake an Irish bread, it just makes you feel present in your own life to recognize the holiday that’s so celebratory to many.

Ok, if truth be told the history of St. Patrick’s Day really isn’t that happy at all. The day actually marks the death of St. Patrick, the patron saint of Ireland, and is grounded in a history that dates back more than 1,500 years.

The holiday HAS done a 180, morphing into a modern-day celebration of a rich Irish heritage and culture with parades all over the world, (when not Covid canceled), special foods, music, iconic symbols, copious amounts of drinking, and a whole lot of green everything! 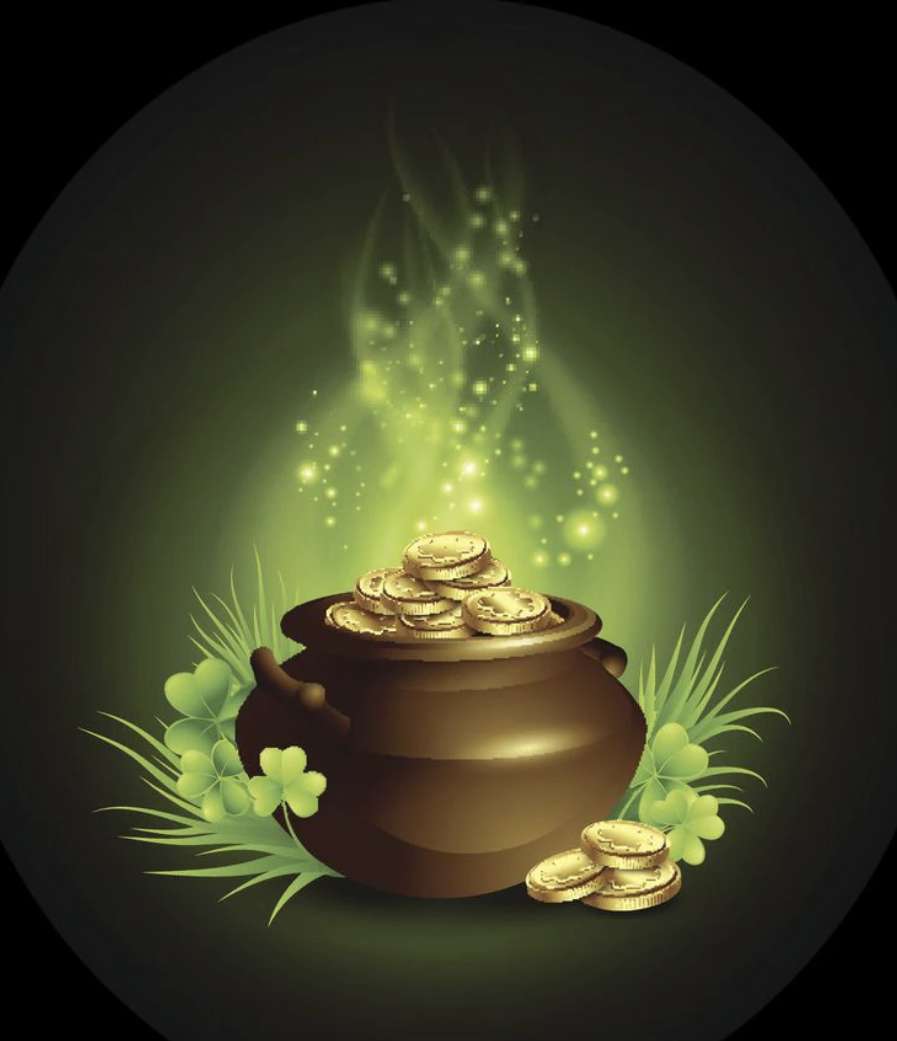 Much of what we know about the actual life of St. Patrick’s has been interwoven with folklore, storytelling, and legend. But here’s a buzzkill—historians generally agree on one thing: that St. Patrick, was actually born in Britain (not Ireland) near the end of the 4th century. At age 16 he was kidnapped by Irish raiders and sold as a slave to a Celtic priest in Northern Ireland. After toiling for six years as a shepherd, outdoors and away from people he became increasingly lonely and afraid, thus turning to religion for comfort and solace and becoming a devout Christian.

After more than six years as a prisoner, Patrick escaped. According to his own writing, a voice—which he believed to be God’s—spoke to him in a dream, telling him it was time to leave Ireland.

To do that, Patrick walked nearly 200 miles from County Mayo, where it is believed he was held, to the Irish coast. After escaping back to Britain, Patrick reported that he experienced a second revelation—an angel in a dream told him to return to Ireland as a missionary. Soon after, he began his religious journey, studying for more than 15 years and becoming a priest. After his ordination, he was sent to Ireland with a dual mission: to minister to Christians already living in Ireland and to begin to convert the Irish. (Interestingly, this mission contradicts the widely held notion that Patrick introduced Christianity to Ireland.) He did not.

There’s enough blarney in this world. Here are some interesting facts to set the St. Patrick’s Day record straight.

St. Patrick Was Never ACTUALLY Canonized as a Saint

He may be known as the patron saint of Ireland, but Patrick was never actually canonized by the Catholic Church. This is probably just due to the era he lived in. During the first millennium, there was no formal canonization process in the Catholic Church. After becoming a priest and helping to spread Christianity throughout Ireland, Patrick was likely “proclaimed” a saint by popular acclaim thus the Saint in St. Patrick’s Day is more “it’s the thought that counts” than the actual “title.”

One legend associated with St. Patrick is that he stood atop an Irish hillside and banished snakes from Ireland—prompting all the serpents on the land to slither away into the sea. Truth? Nope. Research indicates that in fact snakes never actually occupied the Emerald Isle in the first place. There are no known signs of snakes in the country’s fossil record at all. And in fact, water has completely surrounded Ireland since the last glacial period. Before that, the region was covered in ice and would have been too cold for the reptiles. So while this legend is a goody, it is in fact complete hooey.

Luck of the Irish? Shamrocks considered the Irish Lucky Charm?

Well, while the shamrock, (which is actually a lovely plant whose cousin we find in our lawns in South Florida) is a three-leaf clover, that symbol has been associated with Ireland for centuries. It was called the “seamroy” by the Celts and was considered a sacred plant that symbolized the arrival of spring. According to lore, St. Patrick used the plant as a visual guide when explaining the Holy Trinity — you know, the Father, the Son, and the Holy Ghost. But by the 17th century, the shamrock had thus become a symbol of emerging Irish nationalism which for the Irish was indeed lucky. So as the English began to seize more and more Irish land and make laws against the use of the Irish language and the practice of Catholicism, many Irish began to wear the shamrock as a symbol of their Irish pride in their heritage and their mounting resentment with English tyranny and rule.

But the four-leaf clover?? It is simply a rarer variation of the common three-leaf clover. And since it is rarer than the three-leaf, “luck” was attributed to finding one and that has morphed into the 4-leaf being “lucky”. Just to set the record straight: There are approximately 10,000 three-leaf clovers for every “lucky” four-leaf clover. There are no clover plants that naturally produce four leaves, which is why finding the four-leaf anomaly is considered lucky. Some folk traditions assign a different attribute to each leaf of a clover. The first leaf represents hope, the second stands for faith, the third is for love and the fourth leaf brings luck to the finder.

Green has historically been associated with St. Patrick’s Day.

There really isn’t a “symbolic” reason for this. But while the Irish countryside may indeed be 50 shades of green, the knights in the Order of St. Patrick wore a color known as St. Patrick’s BLUE!! So how did green become so emblematic of St. Patrick that people have been drinking green beer, wearing head-to-toe green garb, and turning the Chicago River green in honor of the day? It’s thought that the “association” probably dates back to the 17th and 18th centuries when wearing green as a sign of Irish pride was a political act. The color was used during the Great Irish Rebellion of 1641 and at one point Queen Victoria banned the green shamrock as an emblem for Irish troops in the British Army. But during the American Revolution, Irish soldiers serving with the British army had more freedom to wear green, sing Irish songs and embrace their cultural heritage. On St. Patrick’s Day, 1762, they led a parade through New York City past the Old St. Patrick’s Cathedral. And the iconic NYC St. Patrick’s Day parade was born and the color representative of the “holiday.”

Maybe not so different after all! Each year, thousands of Irish Americans (and non-Irish who like a good celebration) gather with their loved ones on St. Patrick’s Day to share a “traditional” meal of corned beef and cabbage.

Though cabbage has long been an Irish food, corned beef only began to be associated with St. Patrick’s Day at the turn of the 20th century. The truth is that the Irish immigrants living on the Lower Eastside of New York City “substituted” corned beef for their own traditional dish of Irish bacon to well, save money. They learned about the cheaper alternative from their Jewish neighbors. (So it coulda have been “Erin go ZBARS!”)

One of the most iconic symbols of the Irish holiday has to be the Leprechaun. The original Irish name for these legendary figures is “lobaircin,” meaning “small-bodied fellow.” Belief in leprechauns probably stems from the Celtic belief in fairies, tiny men and women who could use their magical powers to serve good or evil. (Not necessarily to hawk soap or breakfast cereal).

In Celtic folktales, leprechauns were cranky little souls, responsible for mending the shoes of the other fairies. Though only minor figures in Celtic folklore, leprechauns were known for their trickery, which they often used to protect their much-fabled treasure. Leprechauns have their own holiday on May 13 but are also celebrated on St. Patrick’s Day, with many dressing up as these mischievous little fairies. 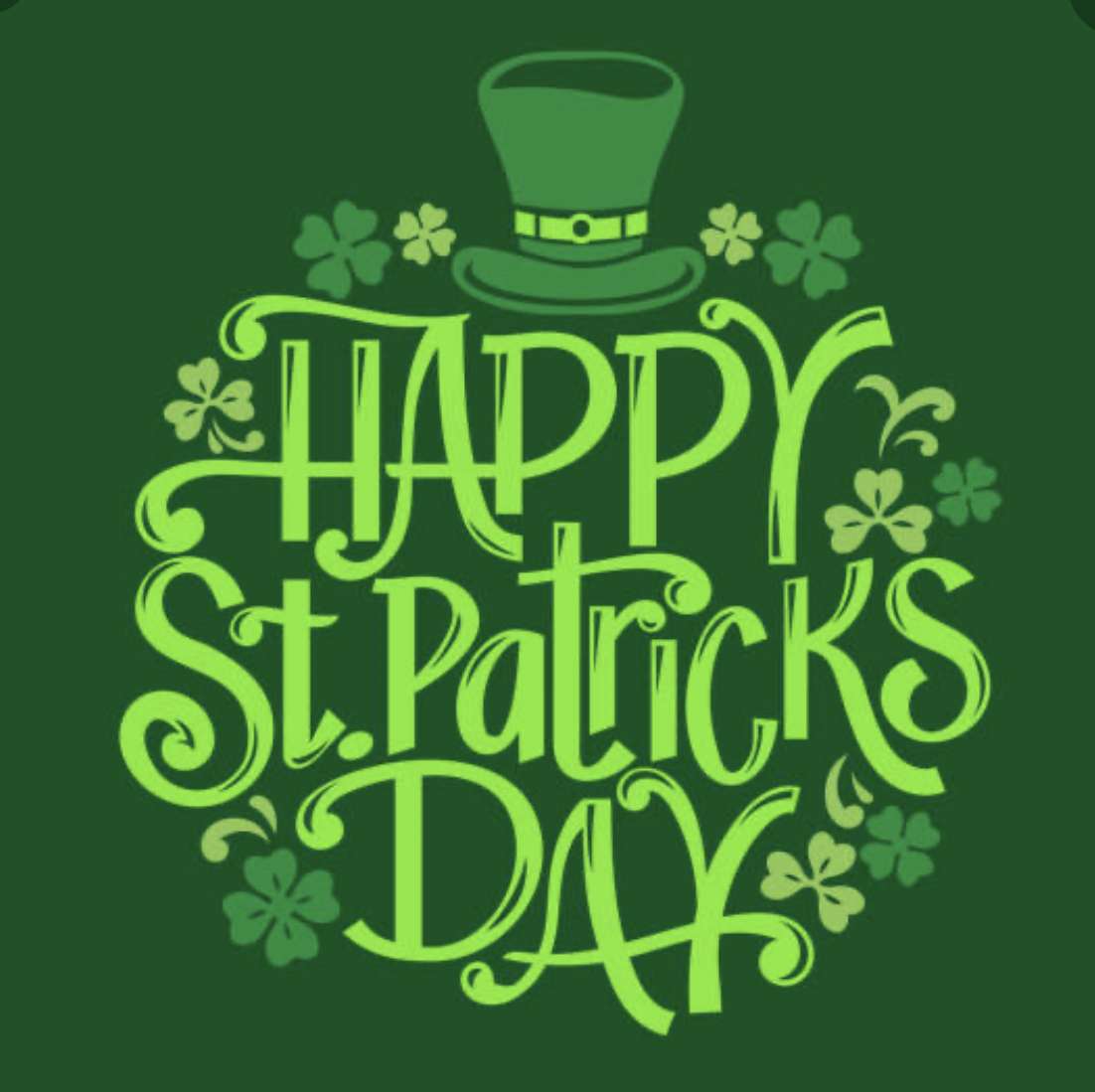 Who woulda “thunk” it? Although St. Patrick’s Day was recognized on their religious calendar as a feast day for centuries, it wasn’t actually recognized by the British government as a national bank holiday in Ireland until 1903—and it wasn’t until the 1970s that the holiday became synonymous with “imbibing” at least in Ireland where pubs were previously closed for the holiday. Drinking was much more of a fixture in American celebrations of the holiday, starting as early as the 18th century. In the early 1900s, drinking green beer instead of the normal amber stuff started becoming a part of the festivities in the United States–but the term might’ve caused some confusion at first. In the late 1800s, “green beer” was a term for a beverage that hadn’t fully fermented thus giving the beer a bad taste and causing stomach upset. Today food coloring is added to the beer so the only thing the partier has to worry about is the hangover the next day!

So besides shamrocks, beer and leprechauns, Irish bread is one of THE best ways to feast on this festive day. Here’s one of the easiest, most delicious (toasted for breakfast with butter or hot from the oven) ways to savor this glorious day.

1 cup quick-cooking oats (not instant), plus extra for sprinkling

5 tablespoons unsalted butter, melted, plus extra for brushing the pan

3. In a separate bowl, whisk together the beer, buttermilk, melted butter, and vanilla. Make a well in the dry ingredients and pour the wet ingredients into the well. With your fingers, stir the batter from the middle of the bowl to the outside, until it’s well mixed. It will look more like cake batter than bread dough.

5. Put the bread in the oven, immediately turn the temperature down to 400 degrees, and bake for 45 minutes, until a toothpick comes out clean. Turn the bread out onto a baking rack and allow it to cool completely.

6. Slice and serve with salted butter, but maybe best to put on something green first!

Mindi Rudan is a semi-retired writer living in Parkland with her husband and houseful of 4-legged fur babies and is the former publisher and founder of Parkland Life, Coconut Creek Life, and BocaDelray Life Magazines and the former chair of the Parkland chamber and Coconut Creek Chambers of Commerce. She currently organizes the annual “LIGHT UP THE NIGHT” family holiday event each December, makes handcrafted custom wreaths, bakes, gardens, and writes occasional blogs, articles, or sarcastic social media content.